In "Elle", director Paul Verhoeven succeeds in making a thriller with depth. 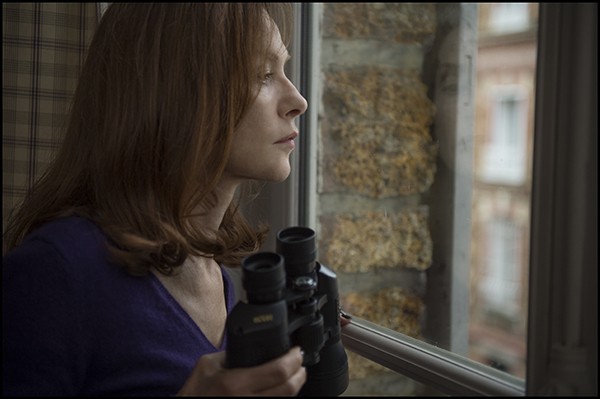 Elle is a psychological thriller with a heroine we can’t quite figure out. Director Paul Verhoeven (working from a script by David Birke) combines touches of Brian De Palma and Alfred Hitchcock with a realistic story of a woman named Michéle (played by the great Isabelle Huppert, nominated for the Best Actress Academy Award), who becomes the target of a sadistic rapist. Michéle is co-owner of a videogame production company, working alongside her best friend, Anna (Anne Consigny). They’re both intellectuals who majored in literature, bringing their adept knowledge of narrative to the video game world; a troupe of pasty young millennial gamer-boys works the technological side of the business, and there’s an obvious tension between Michéle and them: perhaps they resent working for women old enough to be their mothers, especially in a business that has always catered to their interests, not the interests of middle-aged women.

At the beginning, we hear the sounds of screaming and grunting while the screen remains black, and when the film opens, the first image we see is Michéle’s cat, stoically monitoring the horrifying act happening in front of him. After Michéle’s attacker leaves, Michéle methodically sweeps up the broken china dishes that toppled to the floor during the scuffle, and then soaks in a bubble bath, where a pool of blood floats to the surface. She, like the cat, appears stoic.

These questions linger in our minds, but the film often answers them not in the traditional method of a thriller–which is all about the shocking reveal–but in giving us more insight into Michéle as a woman. We know something traumatic happened to her as a child; we know that she’s got the hots for her married neighbor Patrick (Laurent Lafitte) in addition to having an affair with Anna’s husband Robert (Christian Berkel). We know there are many other fascinating dysfunctional relationships in Michéle’s life: She doles out money to her grown son named Vincent (Jonas Bloquet), a perpetual screwup whose tempestuous girlfriend is about to have a baby; she argues with her mother (Judith Magre), who keeps a gigolo (with whom she’s apparently become serious); and she repeatedly pisses off the young gamer-underlings who work for her, until one of them leaks an offensive demo, featuring a woman being raped by a tentacled monster, with Michéle’s face Photoshopped onto the victim.

But the more we get to know Michéle, the less we really understand her, the less we can predict what she will do. It’s a testament to the writing, the directing, and the performance of Huppert, that Michéle is both a fully realized character and an enigma. Verhoeven suggests that sexual attraction is a mysterious animal to begin with, and that past experiences only further complicate the nature of romance and the ways people react to violent acts like rape.

More importantly, though, Elle is a totally mesmerizing film, whether it’s acting like a salacious Brian De Palma thriller or a standard French drama full of people having affairs, dysfunctional relationships spilling into public view during dinner parties and business meetings; people are more open about their moral failings in European movies, and in Elle, it’s as though Michéle feels somehow deserving of the assault. But there’s also something about it that excites her.

Most thrillers don’t know what to do in between scenes of violence, because the characters are too thin: The entertainment hinges on the next violent act, the clues, the solving of the crime, and the heroine’s inevitable battle with the killer. Even still, a thriller like this can be good, if the director knows how to keep the audience perpetually expectant. But Elle deemphasizes those beats to a point; it’s still a satisfying thriller, but it’s a richer movie because it expands the landscape: a thriller featuring actual people with actual problems. Verhoeven never lets us relax, but we’re also totally ensconced in the normal drama of this woman’s life, to the point that we may occasionally forget there’s a psycho out there who may strike at any minute. Elle is a perfectly realized blending of the genres, where the character’s development and the escalating suspense are not antithetical to each other, but rather, build each other up into stronger parts.

"I Am Not Your Negro" 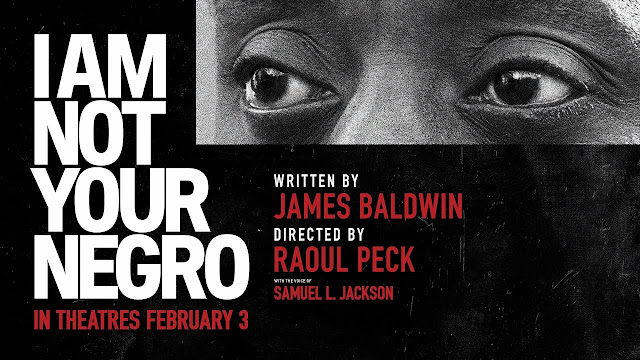 I Am Not Your Negro is a shattering experience: it confronts us with the pathology of racism that haunts this country and our very souls. The blood-soaked soil cries out for centuries of injustice, and we have too often closed our eyes and our ears, turned away, shouted with the blissful ignorance of privilege that “nothing is wrong” and “things are better now.” How do I know we have done this? Because I know my own words and my own thoughts. I know that my first instincts when I have seen black strangers in the streets is one of suspicion or fear; I know this in the assumptions I have made all my life about people based on their dark skin, their clothes, their speech, their music, their culture, their anger, their stories, inventions, I believed; exaggerations. Paranoia.

How do I Know?

The film draws from the writings of James Baldwin, one of the most powerful, incisive, poetic voices of the 20th century. Baldwin was acquainted with Malcolm X and Martin Luther King and Medgar Evers. But Baldwin had escaped to Paris for a while, and returned in the 1950s, when he was convicted that to remain in Europe while his brothers and sisters were fighting for basic human rights was the mark of a coward, a refusal to pay his dues. So Baldwin returned, and we see numerous clips of lectures and interviews in which James Baldwin speaks with breathtaking clarity and honesty about the “racial problem.”

Too often, white people have relegated the discussion of race to black people, as though it were in their domain, because they’re the ones crying “racism.” Baldwin reminds those of us who have the luxury of being able to forget, that we must search our hearts and look honestly at what we find.

Directed by Raoul Peck, I Am Not Your Negro, which is narrated by Samuel L. Jackson, combines the words of Baldwin (a mind which becomes increasingly comforting in its truth-telling) with images of civil rights leaders marching, of “black bodies swaying from the trees” (to quote the Abel Meeropol poem “Strange Fruit”), with clips from various movies in which black people are played as sexless, powerless cartoons, or banal symbols, or sometimes, human beings with flesh and beating hearts; with images of Ferguson and other recent atrocities.

But in some strange way, the most powerful and disturbing images are the images of white culture in all its gaudy cheerfulness. When Baldwin holds the mirror up, it’s as though he's exposing us to the fact that we’re all like Stepford Wives, blissfully anesthetized to the horror that we’ve become, completely unaware that our lives of relative comfort and boredom and ease, even our very discontent from having such untroubled paths to walk, all of it has been built on the backs of our black brothers and sisters, all of it has been built on a lie that we believe in equality, but do nothing to fight injustice; This is a lie we told ourselves first, and then spent centuries beating into them, perhaps until we could forget that we had, as Baldwin points out with such earth-shattering power, made ourselves into monsters. “For I have the advantage,” Baldwin insists, “For I have seen your face. And I know you better than you know yourself.”