There's no denying the charm of "Hidden Figures" 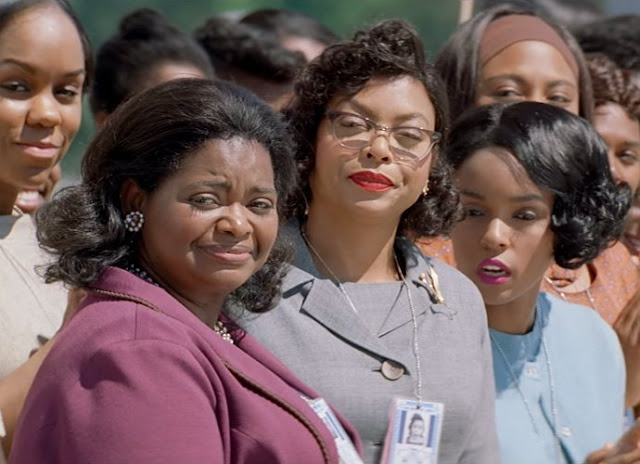 Zora Neale Hurston once observed that the black woman was “the mule of the world,” to paraphrase one of the characters in her masterpiece, Their Eyes Were Watching God. It’s not hard to imagine the three women at the center of Hidden Figures being the generation after Janie Crawford, the strong-willed, passionate heroine of Hurston’s novel. Janie has poetry inside her, and she longs for something that she can never fully put into words, although it’s clear by the end that that something is her own independence. Her grandmother was a slave, her mother ran off right after she was born, and Janie, who marries three times and only once experiences real marital happiness (even though the marriage is fraught with turmoil and ends tragically), struggles to maintain what little freedom she has acquired; but she forges on, as if driven by a vision.

Each of the women in Hidden Figures has a vision too, and that vision drives the movie, making it smarter and sharper than its feel-good exterior might otherwise suggest. It’s 1961 and the space race beckons. NASA has just acquired its first computer (which takes up a whole room and doesn’t even work properly), but until the IBM can be of any use, there are human computers, most of them black women: Mary Jackson (Janelle Monáe), who yearns to be an engineer; Dorothy Vaughn (Octavia Spencer), who teaches herself how to program the computer and fights for the jobs of the other women in her department, often butting heads with a waspy superior played by Kirsten Dunst; and Katherine Goble (the movie is ultimately her story) (Taraji P. Henson), who’s shy and demure and scatter-brained but also kind and determined and whip-smart, fights for her spot at the top, with the boys, making enemies but also making history: her calculations will enable John Glen (who’s played by Glen Powell) to get into space and back to earth safely.

How did we go 56 years without knowing about Katherine Goble, Dorothy Vaughn, and Mary Jackson? In a recent interview, Octavia Spencer said that stories get told when the time is right, and the time for these stories has never been more urgent. We shouldn’t be fooled by the idea that “things are better now,” rather we should wake up to what “things” we can do to make the world a more civil, more compassionate place for our fellow humans.

It’s tempting to feel self-congratulatory for liking this movie, and for cheering on these heroic women, as they encounter racism and sexism in their lives. Movies and novels about race often create super-evil villains for us to project our hate onto; these monsters are so different from ourselves, that we don’t have to think about our own racism. “I’m not like this,” we may be thinking. And, “I see how wrong it is” that their white female bosses refer to them condescendingly as “girls,” or that one of Goble’s male counterparts shoves a trash can into her arms because he assumes she’s the janitor, or that Goble is forced to walk half a mile to the colored ladies’ room and drink from a special “colored” coffee pot.

But Hidden Figures confronts us with our own racism, if we’re watching closely enough. There are no super-evil villains, although Jim Parsons, playing one of the catty, jealous white male math wonks (whom Goble repeatedly outperforms), comes closest to that kind of character. And Dunst, who harbors such an ice-queen temperament that she could freeze the inside of a volcano, gives you the feeling that she’d like to slap Dorothy Vaughn. “I’m not against you,” she says to Vaughn, and Vaughn replies—with Octavia Spencer’s trademark honey-coated sass, “I’m sure you think that’s true.”

Yes, Hidden Figures shies away from the more horrifying aspects of 1960s racial tensions. The racism of Hidden Figures won’t leave you scarred for life, and it won’t traumatize your children. But the movie’s charms, namely the performances of its three leads, have their own kind of power to, perhaps, make people stop and think. The film has concocted an admittedly  complicated stew of ambitions in telling a historical tale about three black women competing in a white man’s world. That director Theodore Melfi takes the 9 to 5 approach is no sin: he’s made a movie you can take your racist old relatives to, one that might actually change their minds, and their hearts.

And even if Hidden Figures sometimes feels like a TV-movie trapped in a Hollywood prestige picture’s body, its three stars have enough electricity to fill the screen. That’s ultimately what makes this movie work. It’s the sheer unapologetic audacity of these women, and the embodied confidence of the actresses who play them, that holds us glued to the screen for two hours. When Mary Jackson (Monáe) enters a Virignia courthouse, requesting to be admitted to an all-white school so she can take night classes (to become an engineer), her poise and dignity and wit overpower even the judge himself, who’s clearly gunning for her at the beginning, until she charms him into giving her what she wants. It’s not unlike Hedey Lamarr (Harvey Korman), the con artist-district attorney in Blazing Saddles, convincing the bumbling governor (Mel Brooks) that appointing a black sheriff will secure his place in the annals of history. Mary Jackson isn’t a con artist, though; she’s a revolutionary.

Above all else, the movie is funny, and even though life for black people was incredibly hard during this time in our history, the film's refusal to paint their lives as somehow empty vacuums of oppression is just as important as those movies that dwell more deliberately on the tragic and violent things they endured. When Hidden Figures cuts to the home lives of these women—raising their kids, dating, talking to their husbands, eating at church picnics—it’s giving us a fuller picture, not just the sorrow and the struggle but also the joy and the heart.