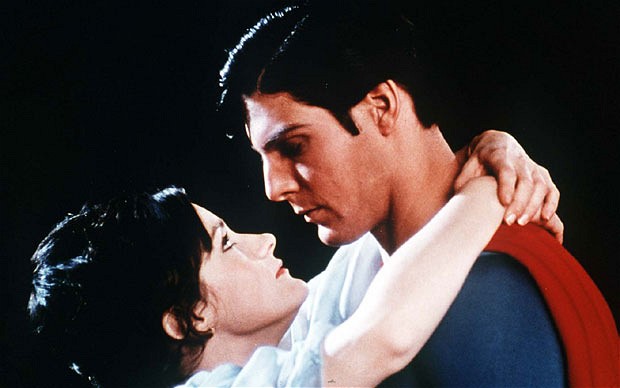 If film critics have their own hell, one circle of it must surely be devoted entirely to comic book movies. That’s the circle where they will inevitably put me, where I’ll be forced to watch every superhero movie on a loop for eternity. Like that train circling the earth continuously in Snowpiercer, I will slowly become conditioned to the mindlessness of it, and be overly grateful when, once a year, Superman comes around to provide a 2-hour reprieve from my cinematic exhaustion.

People criticize the 1978 Superman for its cheesy special effects (a mostly valid claim) and its decidedly square sensibility about the world (also valid). I often hear fans of superhero movies sniffing that they prefer the “dark” subject matter of those Christopher Nolan Batman movies (or just the darker sensibilities of Batman as a character) to the America-loving, endlessly optimistic Boy Scout that is Superman.

I counter these arguments by reminding all of you that in 1978, American cinema was capable of magnificent bouts of cynicism, and that a dark Superman would have been strangely out of place, since Superman is, ultimately, depicted as a Savior, the Ubermensch sent here to redeem us from our own moral failings. The weirdly out of place Superman fits into this time frame in the culture: We were still reeling from Vietnam and Watergate and so many internal conflicts, and American movies had grown up right along with all those issues. Superman feels refreshing; it’s as innocent as E.T., although perhaps not as insightful.

Superman’s insights are too manufactured, and they set the tone for every other movie about a young hero who is marked by specialness and set apart to defeat some all-powerful villain. But with Superman, the distinction actually registers. He’s actually better than you and me. (Today’s movies don’t know how to depict specialness. They turn their heroes into the dullest, most depressed characters in the movie.)

But despite is corny values, Richard Donner’s Superman captures a sense of wonder about the mysteries of the universe. 90% of that power comes, I’m sure, from the swelling, emotionally charged score by John Williams. Superman is always bowled over by the myth it’s trying to tell. It’s that love of storytelling, the way that Superman is enchanted with its own mythology, that is contagious: When I watch this movie, I’m pulled in too, suckered in every time like some schmuck at a used car lot. When Superman rescues Lois Lane as she tumbles out of a helicopter, my heart skips a beat. When he takes her on a ride through the night sky and she delivers that horrible narration of freeform poetry, I want to vomit, but I don’t hold it against the movie. “It’s not your fault, dear,” I say, “and I still love you.”

Lois Lane, meanwhile, is beautifully fleshed out by Margot Kidder, who’s a perfect foil for Christopher Reeve, who embodies that Boy Scout, G-rated veneer he represents as the Man of Steel. Kidder is tough and quick-witted, a women’s lib version of the women reporters like Rosalind Russell played in 1940s comedies. But she’s got those dazzling eyes that are capable of suspending that cheeky modern cynicism long enough to be swept off her feet by an old-fashioned boy from Kansas (or Krypton). She has a knack for mixing contempt with pity and sugar with sweetness.

But the best thing about Superman is the villain, Lex Luthor, played with absolute relish by Gene Hackman. I know it’s probably naïve to read a fun performance as surefire proof that an actor was having a good time on the set, but that’s exactly what I think when I see Hackman’s performance as the mastermind Luthor, whose mental powers and finesse cannot compensate for his incompetent staff (chiefly the beloved Ned Beatty as Otis, Luthor’s bumbling right-hand-man). Lex Luthor admires Superman for his goodness while simultaneously mocking him for it, and more importantly, taking advantage of it. While Superman approaches every crisis with an almost heavy-handed seriousness, Luthor maintains a happy “who-gives-a-shit” attitude. Movies today seldom even try to accomplish this kind of lightness. We’re too obsessed with villains who are supposed to be deadly serious mocking heroes for being deadly serious.

We often mistake the seriousness of our heroes and villains for depth, when really there’s nothing there but the absence of real feeling and complexity. Depth is not always a good thing, especially if it’s a deep, dark morass. Superman is rich in feeling and lightness and majesty. It doesn’t weigh us down with heaviness: it lifts us up with a humane view of the world, of reaching for kindness even when it’s impossible to obtain. And yes, that does mean that Superman rates higher on the cheese factor than Batman. But how can you not respond to this movie’s world-view and feel truly lifted: Jor-El (played by a somber, stoic Marlon Brando) leaves his son with these words about the people of Earth: “They can be a great people, if they wish to be. For this reason, for their capacity for good, I have sent them to you: my only son.” Chills.