You should probably lower your expectations of 'Sisters'. 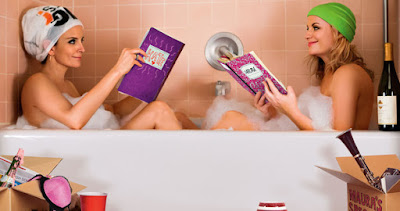 Sisters, the latest movie pairing of TV stars Tina Fey and Amy Poehler, is too bawdy for people who loved Baby Mama and too conventional to really sizzle as an R-rated party comedy. The film, which was directed by Jason Moore (Pitch Perfect) and written by SNL veteran Paula Pell, is banking on the hope that your love for Tina Fey and Amy Poehler will somehow make you love this movie, whether it’s good or not. Sadly, Sisters is overall a disappointing effort. And it looked promising from the trailers. Sisters does offer some laughs, but just as many moments fall flat. In that sense, it’s like any episode of Saturday Night Live. (And it will probably be better a few years from now while you’re flipping channels late one night.)
At this point, the rapport between Fey and Poehler isn’t enough on which to build a movie. (But it was enough to get my expectations extremely high.) I love both 30 Rock and Parks and Recreation very much, and I love imagining that Amy and Tina are best friends, and that they are a kind of 21st-century Mary and Rhoda, only they aren’t fictional characters. But the beloved shows of these two very funny women aren’t merely based on the personalities of their stars. It’s good writing that lets Tina Fey and Amy Poehler shine, and Sisters feels underdeveloped. Even the characters aren’t particularly fresh: Fey plays the older sister Kate, a party monster and perpetual screw-up (a personality that is, from what I know, very far from the actual Tina Fey); and Poehler, also playing someone quite different from herself, is the always dependable, competent younger sister Maura.

The film mostly takes place in Orlando, where Kate and Maura return to their childhood home only to find that their parents (James Brolin and Dianne Wiest, who have far too little screen time) have sold it. The girls are tasked with cleaning out their bedroom (which apparently was once two separate rooms before they knocked down the adjoining wall). Devastated by the news that the house they grew up in will no longer be accessible, Kate and Maura vow to throw one last party and invite all their friends from high school.

Much of the humor focuses on aging and nostalgia. The girls’ room is a virtual time capsule, taking us back to every forgotten pop culture object of the 1980s. You get the feeling that the creators of this (probably with help from the stars) simply wanted an excuse to film all the things they loved as teenagers. There’s a montage of the women reliving their adolescence (the room is pretty great as a shrine to teenage girls circa 1986), but the funniest moment is in the trailer, when Poehler stands against her Xanadu poster with a blow drier pointed at her head to give her the Olivia Newton John flowing-hair effect.

Even the conversations in this movie are often about the past. This feels like old hat, simply the Tina and Amy version of whatever other recent comedies have focused on characters stuck in their teen years. Comedies right now love critiquing characters who refuse to grow up--at the end, after they’ve basically allowed their characters to be utter children for nearly two hours. Sisters does the same: Kate and Maura cannot get over the past, and it’s pretty clear from their guests that everyone has calcified into some banal generic grown-up version of her or his formerly unique self. (This pro-youth propaganda, I’m sure, isn’t something that Tina Fey and Amy Poehler really wish to perpetuate.)

Sisters is about reconciling one’s youthful energy of the past with one’s tired present defeatism. But none of the guests has the energy to re-conjure the madcap, orgiastic hijinks of their youth. Their friends want a Big Chill-esque chat session, but the ladies are thinking Animal House-style rager. (One of their sleazier friends--played by John Leguizamo--summons his drug dealer, played by John Cena, whose assorted powders and pills, etc. help liven up the proceedings.)

Good party scenes are particularly challenging filmmaking feats. One of the best party scenes occurs in the otherwise overrated Breakfast at Tiffany’s. That sequence bubbles with energy, and Audrey Hepburn’s Holly Golightly, mostly an annoying affectation of a character, crystallizes into something charming and clever in those moments. Valley Girl, a minor 80s classic, has a pretty good extended party scene too, although it’s not quite as well-shaped as the one from Tiffany’s. Both of them feel of their time: we become flies on the wall imbibing the flavor of the 1960s or the 1980s, respectively. These scenes build to something (whether it’s a fight or a kiss or some little bit of slapstick), and in a way those party sequences are like mini-narratives inside a larger story. Sisters is one long party full of comic actors trying very hard to be funny and sometimes succeeding. There’s less shaping and more, “let’s throw this up and see if it sticks.” And there are plenty of sticky things happening in Sisters. You can go whole scenes without laughing, or you might get a solid belly laugh here and there. Perhaps it will depend largely on your mood and your expectations.

This is also the raunchiest collaboration between Fey and Poehler. The guests let their freak flags fly with a little help from cocaine. For some inexplicable reason, director Jason Moore is overly fond one one particularly grating character named Alex (played by current SNL cast member Bobby Moynahan), who screams unfunny jokes at the camera even before he begins inhaling cocaine like it’s air. At different times we see Alex pleasuring himself with food and then later with one of the Vietnamese salon girls that Maura invited to the party. There’s a particularly painful to watch scene involving actor Ike Barinholtz (playing Maura’s love interest), his rectum, and a ballerina music box. Unfortunately, that gag is ruined by the movie trailer, as is the great throwaway line uttered by Tina Fey (to John Cena’s character): “You’re the type of bad-ass that I was susceptible to.” (John Cena, incidentally, may be the breakout star of 2015 what with his surprisingly endearing and very funny performance in Trainwreck and his comic relief here in Sisters.)

Other comic stars tag along for the fun: Maya Rudolph (the foil, a high school rival of Kate’s), Samantha Bee, Kate McKinnon, Rachel Dratch, Britt Lower, and Chris Parnell, to name a few. But comedy can’t be forced. Sisters feels like the cinematic equivalent of constipation: the whole movie is exhausted and red-faced. And it may be better if you lower your expectations.