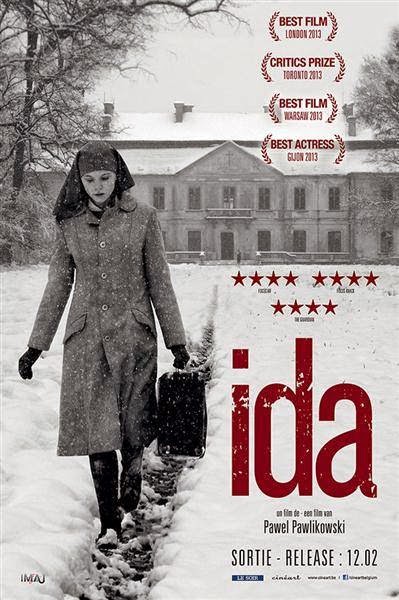 There’s much to admire in Ida, and if you peruse the Internet you can find dozens of critics lauding it as one of the best movies of 2014. Perhaps the hype is itself deadly for a little movie like Ida. It’s an austere, 80-minute-long Polish film about a novice named Ida (Agata Trzebuchowska)—weeks away from taking her vows to become a full-fledged nun—who goes on a road trip with her aunt to track down the graves of her parents, who were Jewish refugees that were betrayed and murdered. Ida grew up in a Catholic orphanage unaware of her Jewish roots or the existence of any family members, and her life until now has been completely confined within the walls of the Church. Her aunt Wanda (Agata Kulesza) is a boozing, unhappy former judge who cannot forget the atrocities of World War II, but despite Wanda’s bitterness, the two form a quiet bond in their mournful quest.

Ida is beautifully shot, in black-and-white, but a number of critics are completely bowled over by this and by the fact that the movie isn’t in widescreen. Some critics are convinced that this stylistic choice is daring and important. But viewers may find themselves underwhelmed by Ida, which is spare, quiet, and emotionally muted. There’s a lot going on under the seams, but those seams are perfectly in place and even more perfectly controlled. The director, Pawel Pawlikowski, isn’t interested in Ida having some kind of big emotional scene. She maintains control of herself, even when she flirts with a looser, more flesh-and-blood existence toward the end of the movie.

I don’t want to damn Ida with faint praise, but it’s hard to see in it what so many others are seeing in it. Perhaps its starkness and its quietness are simply refreshing in a movie culture that offers seemingly endless varieties of the same big, dumb explosion-obsessed drivel year in and year out.
by Jacob Lusk @ pannedreview
Email ThisBlogThis!Share to TwitterShare to FacebookShare to Pinterest
Tags 2014