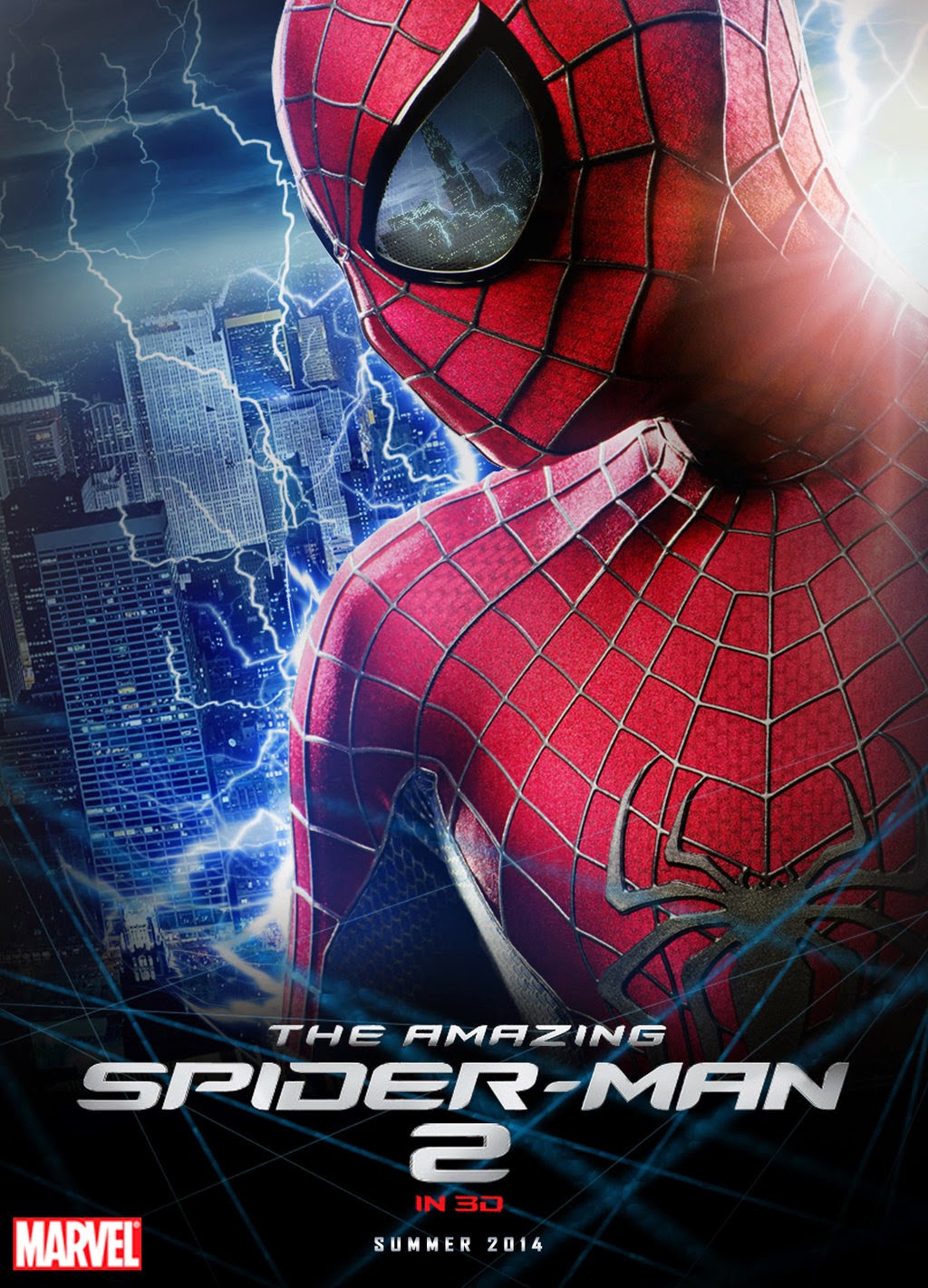 First, the bad: There are too many story elements (and not enough story development) thrown into the latest Spider-Man installment: Peter Parker's relationship with his girlfriend, Gwen; his search to find out the truth about his dad; his relationship with Harry Osborne, son of his dad's business and research partner; his own struggle to honor a promise he made to Gwen's police chief father in the previous film. None of these plot points has the time to grow into something sustained. When we see flashbacks of Peter's parents, we might be fooled into the thinking that the movie is going to focus on that story, but there's not much to show for it aside from a montage of Peter covering his bedroom wall with newspaper clippings and photos related to his dad's research and parents' tragic deaths. (There's an extended flashback scene where we see what happened to them, but it's never clear why the writers included it.) Later Peter discovers that his father's research lab has been kept in pristine condition, hidden in a secret subway compartment that was once used for FDR. While we do learn one relevant piece of information in this scene, it's an example of what doesn't work in this movie: the myriad bits of exposition that don't function as anything other than plot markers.

The film also develops at least two villains (possibly a third if you include the ending). Spider-Man has a lot on his plate, and increasingly, movies like this one are asking viewers to take on more, more, more. That's not to say we're getting more complexity, or more quality, just more. More bang for our buck, I suppose, because, like most of its ilk, The Amazing Spider-Man 2 has a lot of bang. Much of it is generated by the latest villain, Electro (played by Jamie Foxx). I like much of this entry, but as I sit and recall how long it was, how bloated it was, I find myself wishing the movie had been pared down. The endless scenes of things exploding become mind-numbing and indistinguishable from Captain America and Batman and any other series.

Speaking of explosion scenes, I'd like to know how much hypothetical money it costs to repair New York City after Spider-Man (or any other superhero who calls the Big Apple home) does his thing. These enormous set pieces full of collisions and shattered glass and cars careening into each other and buildings collapsing and countless near-death experiences are just so wearisome. Every time I see one of these things--or even just the previews--I wonder why in the world so many people keep coming back. What else do they think they're going to see? And aren't they tired of the same old same old yet? The answer is an obvious "no" when you consider that this Spider-Man made 700 million dollars in the U.S. alone. Captain America has also broken the 700 million dollar marker, ditto X-Men: Days of Future Past (coming in ahead so far at 736 mil). I can only conclude that audiences--the audiences who live for comic book movies--have an unquenchable thirst for more of these, and presumably don't care that these movies repeat themselves or that the series are rebooted again and again. But why? Perhaps the culture has become so hopeless that superhero movies fulfill a kind of void. It may also be that these movies are like junk food: They condition people to crave the kind of flashy instant gratification they provide. When Pauline Kael described the 1977 Star Wars as a "box of Crackerjacks that's all prizes," she was describing every summer movie that's ever been made since Star Wars.

Now the good: Admittedly, Amazing Spider-Man 2 is enjoyable for what it is. And that isn't meant to sound like faint praise. I really did enjoy a lot of it, and I was satisfied with the ending, although it's conceivable that many people were not. What does work, and what is the saving grace of The Amazing Spider-Man 2, is Andrew Garfield and Emma Stone. Andrew Garfield is an actor who truly feels, and that emotion registers on the screen. It's hard not to respond to his sincerity. He also gets more funny bits of dialogue and action this time, especially in the first forty-five minutes or so when he flies around performing various Spider-Man tasks. These moments allow Garfield's natural charm to come through those tights and that silly bug mask. And Emma Stone may be the most likable young actress working in Hollywood right now. I can't think of anyone like her at the moment. She gazes out into the world with those big dreamy starlit eyes, but she's also smart and confident. Never for once do you feel someone could pull the rug out from under her. The movie is surely bolstered by the charisma these two performers exude, and it makes much of Spider-Man 2 bearable, even fun.

Even though it's entertaining to see Spider-Man web his away around skyscrapers, the action sequences eventually blur together into the blasé chaos we've come to expect from these movies. However, every scene of the two young lovers takes on a separate movie life. No other superhero movie romance comes close to capturing this kind of attraction. The scenes of Andrew and Emma, however repetitive or cliched, are something like a rest stop along the highway of endless superhero movie madness. We get to step out of the car, stretch our legs, and breathe.

I'm happy to report that in this film, Sally Field (returning as Peter's loving aunt) has a little more acting to do this time around. A little more. In the previous film, every time Field appeared on screen, she was a bystander. (Oscar-winner: Best Veteran Actress to Stand Around and Look Concerned While the Stars Hash Out Their Problems.) It made me wonder how many days she came to work with no lines to actually perform. Is this a depressing thing for actors? Are they just grateful to be getting work after they've reached "a certain age"? If so, it's a disservice, and a waste of tremendous gifts. But here, Field's character finally gets to talk, and she finally has something to say. Sadly, Jamie Foxx, who plays a nerdy technician for Oscorp, is miscast, not because he gives a bad performance, but because it's simply depressing to see him play such a loser. As the outcast Max Dillon, he wanders through life virtually invisible to those around him. As such, he's got just the right amount of inner-rage welling up inside him to make him a terrifying presence once he dons super-powers as Electro. Foxx may have wanted the challenge of doing something different, but he's such a charming, handsome, in-command actor that seeing him play the schlubby Max Dillon is a let-down.

And just when we think the movie can't go on much longer, director Marc Webb and the writers decide to invest what seems like another eternity into the villainous deeds of Harry Osborn (played by Dane DeHaan). With Paul Giamatti (as Rhino, a big beastly man so unlike Paul Giamatti that I didn't recognize him), Campbell Scott and Embeth Davidtz as Peter's mom and dad, and Colm Feore.
by Jacob Lusk @ pannedreview
Email ThisBlogThis!Share to TwitterShare to FacebookShare to Pinterest
Tags 2014, Andrew Garfield, Emma Stone, Jamie Foxx, Marc Webb, Sally Field