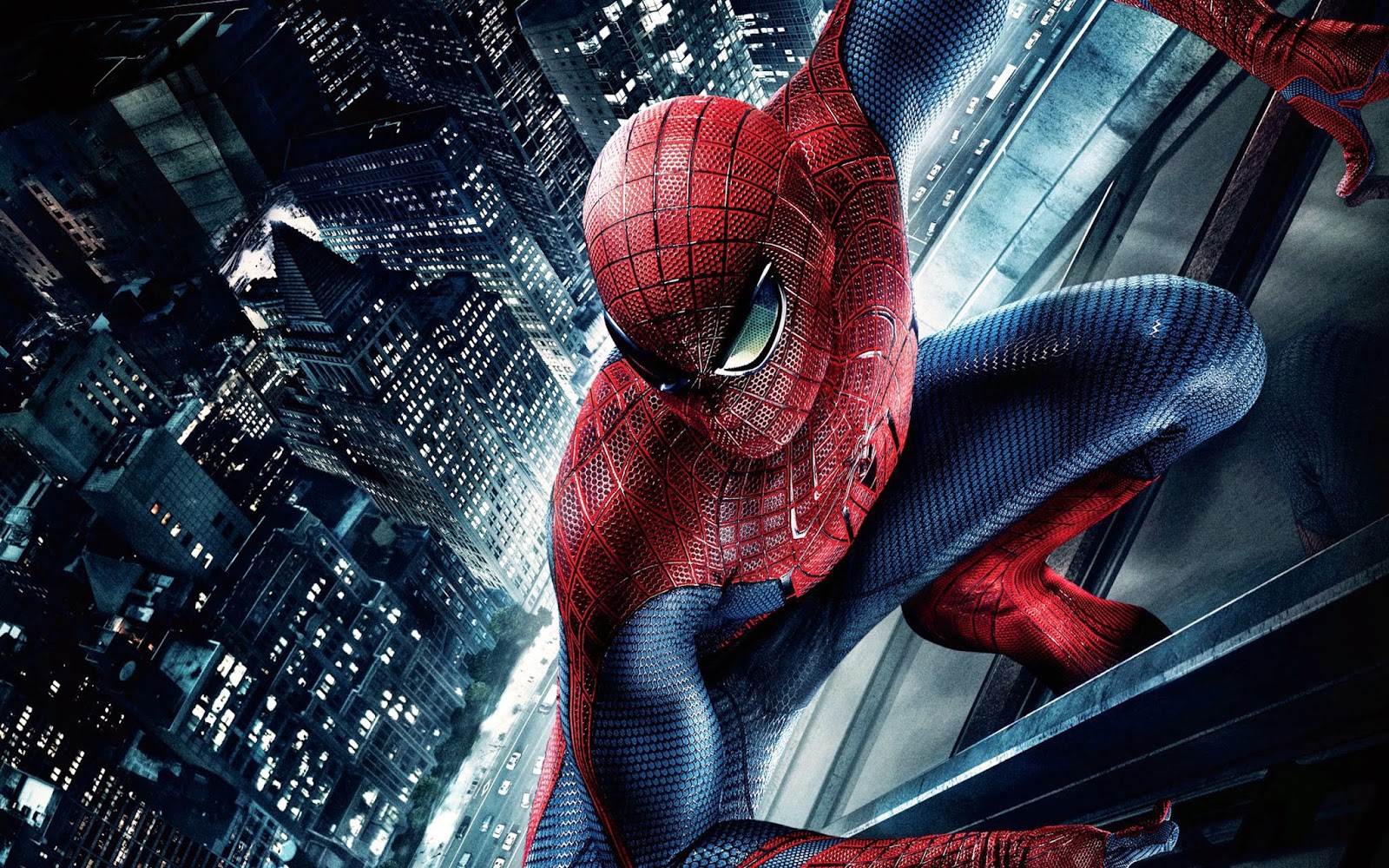 The problem with The Amazing Spider-Man (2012) is Spider-Man 1, 2, and 3. Their existences render this reboot superfluous. But, if we must sit through another introduction to this comic book hero, we could do much worse than Andrew Garfield suited up and Emma Stone at his side. Their fizzy chemistry, marked by sweetly uncomfortable long silences and interrupted sentences, is reason enough to see this film. The director, Marc Webb, is especially competent at these scenes. (He directed 500 Years of Summer before this.) But he's not especially competent when it comes to the action sequences. They are visually incoherent, and that this problem--which is so woefully commonplace among our action movies, particularly the ones that spawn from the various comic book series--is overlooked by so many kind (or perhaps indifferent) viewers is indeed depressing. Not long after Peter Parker becomes Spider-Man, he gets into a brawl on the Subway. But the punches and kicks are so poorly put together that we cannot tell what's going on, who's getting hit where, and the structure of that scene simply falls apart, pushing the viewer away. 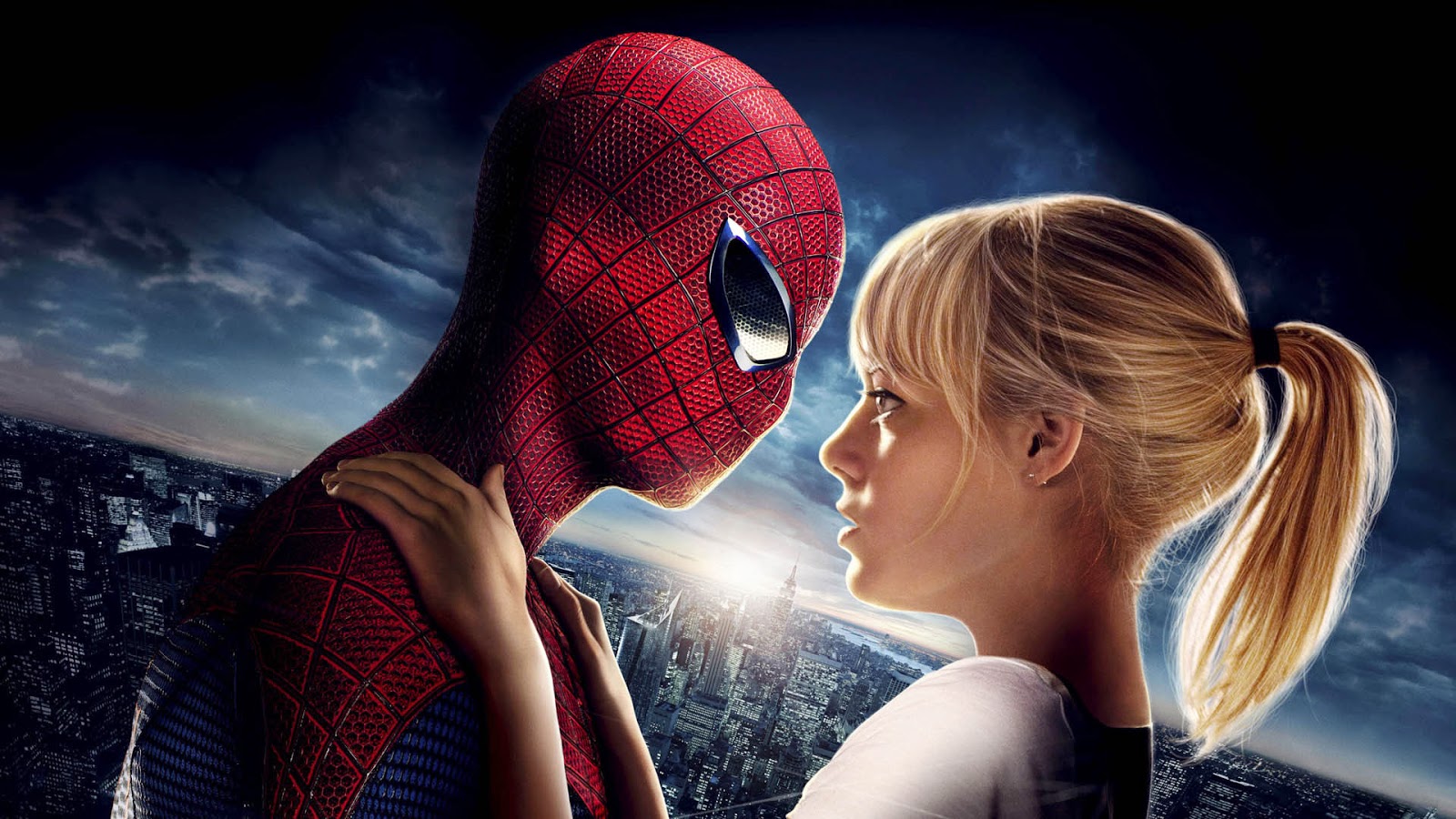 There are other disappointments too. Chiefly, Sally Field. It's frustrating to see such a talented and dare I say beloved actress playing such a dull role. All she gets to do is look concerned. She plays the loving aunt of Peter Parker, and she mostly just worries about him as he traipses into the house late, forgetting to pick her up from work or get eggs from the grocery store. Martin Sheen gets a little more speechifying, but he's so obviously set up as a kind of philosophical mentor--a Yoda figure if you will--that he doesn't really resonate. You may end up thinking of the previous Uncle Ben (Cliff Robertson) intoning, "With great power comes great responsibility." (And for some reason I kept picturing Glenn Ford, from Superman.)

The villain in this Spider-Man entry is a scientist named Dr. Connors (played by Rhys Ifans). His research in genetic mutation is the catalyst for Peter Parker's transformation into Spider-Man. But unlike Peter, whose physicality is enhanced by a bio-magical spider bite, Dr. Connors turns into something hideous and terrifying when he injects himself with a serum that's supposed to regenerate his missing arm. He turns into a giant lizard, thus enabling Marc Webb to play a little Godzilla. Fortunately The Amazing Spider-Man has more finesse than a Godzilla picture. 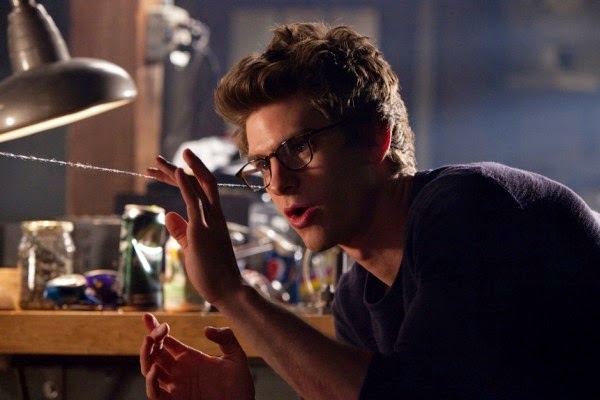 Andrew Garfield--the gangly suburban punk with brains and charm to spare--is truly a wonderful casting choice. He has a magnetism that Tobey Maguire--so gauche and awkward--lacked. He's also funny, but the film doesn't spend enough time letting him show off his comic chops. Perhaps someone was afraid of making Spider-Man too jokey. And Emma Stone has spunk where Kirsten Dunst was too adorable. This combination of qualities saves the film from being just another superhero movie. Written by James Vanderbilt, Alvin Sargent (who also wrote Spider-Man 2), and Steve Kloves.
by Jacob Lusk @ pannedreview
Email ThisBlogThis!Share to TwitterShare to FacebookShare to Pinterest
Tags 2012, Andrew Garfield, Emma Stone, Marc Webb, Martin Sheen, Sally Field