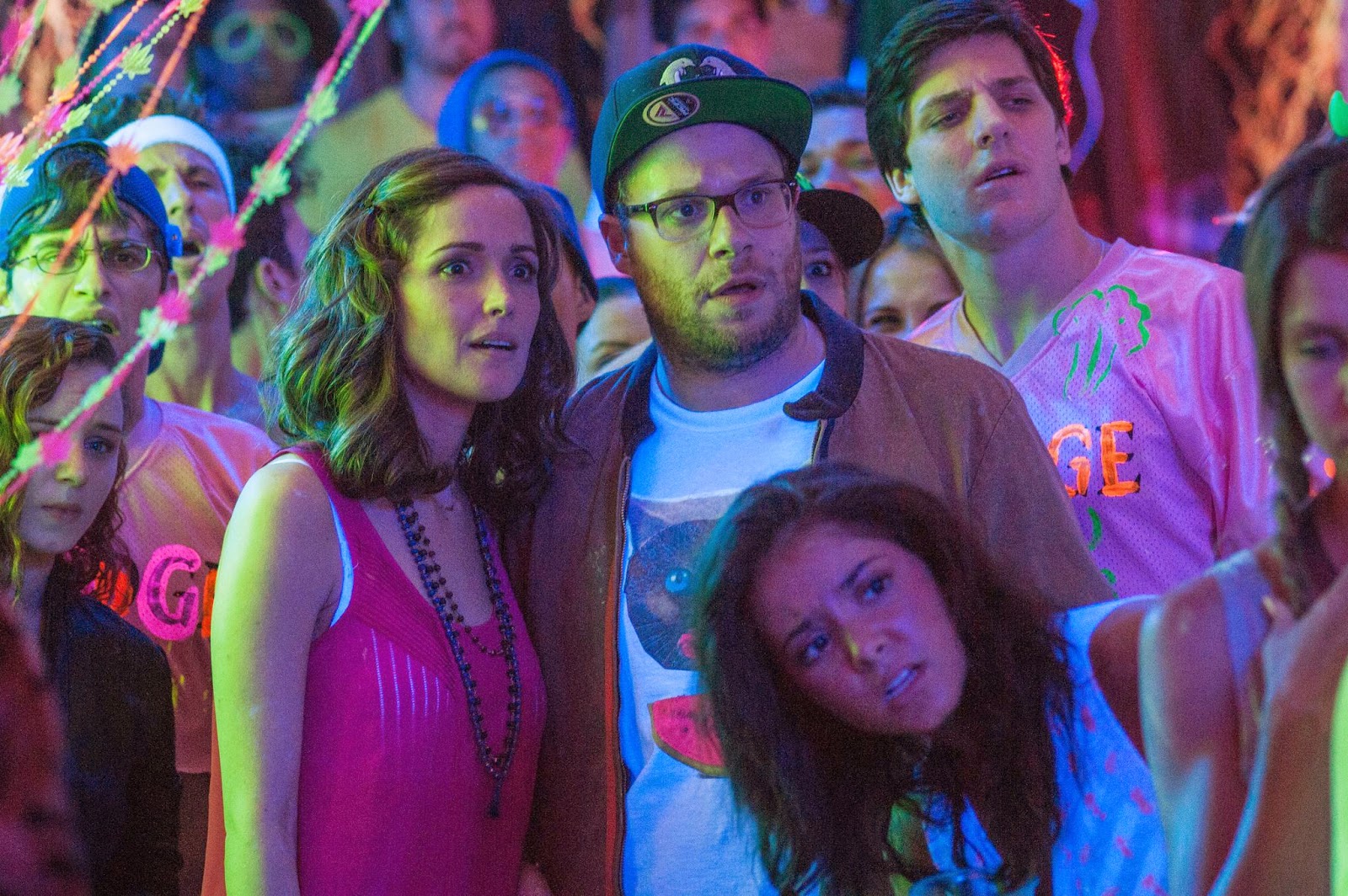 Neighbors calls into question the legitimacy of being a grown-up by showing us two grown-ups who aren't all that mature. They fancy themselves to be hip adults. Despite the fact that they've just had a baby, they're marijuana-friendly and have tried hard to keep in touch with their own identities, pre-parenthood, pre-marriage. Seth Rogen, King of the Man-Children, plays Mac, and Rose Byrne, an Australian pixie who's layered with a touch of insanity and a disarmingly sweet personality, plays Kelly. Their happy suburban-hipster-sitcom life is turned upside down by the arrival of a rowdy fraternity next door, which is headed by Zac Efron and James Franco's brother (Dave Franco).

Mac and Kelly make a concerted effort to win over the frat boys by going over to their house and introducing themselves and offering them a blunt. This fails to keep the frats from throwing a loud party into the wee hours of the night, and when, out of desperation, Mac and Kelly phone the police, Efron and his band of testosterony, party-animal frat brothers, embark on a campaign of sorts, to get their revenge. And that's about all there is to it.

Neighbors has a few things going for it. It has a playful spirit that lifts the movie out of its somewhat contrived, studio-raunch-comedy trappings. The script (credited to Andrew J. Cohen and Brendan O'Brien) doesn't take its characters too seriously. This is a huge help to the movie, given the fact that it has such an anemic storyline. These are just adults who don't want to admit that their time to be irresponsible is over. So they engage in a cartoonishly violent sparring match that never ends. (And there are some very funny moments that involve Seth Rogen being physically injured in a myriad of ways.) 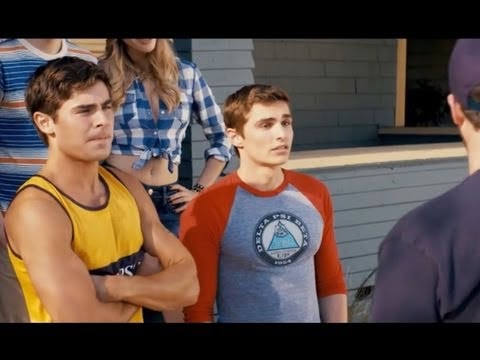 Another point in the movie's favor: Zac Efron. His acting talent surprised me. I didn't expect bad acting, but I sure as hell wasn't expecting this either. He has the comic chops of a ham and the power of a much bolder, stronger performer wells up from inside him on frequent occasions. I was shocked. He also plays off the charmingly goofy Dave Franco very well. They have a good buddy-movie charisma, and theirs is the only friendship that the film explores (other than that of the married couple) with any depth or success. There are a number of other characters who are barely introduced, and who sometimes take on bigger roles than their characters have been prepared to handle.

As is to be expected, the level of raunchy humor is pretty high here. Lots of vulgarity, lots of profanity, a disturbing obsession with sex that may make you want to not invite your parents to see this movie. (Although it's likely they won't want to see it anyway, if they've viewed the trailer.) There's also not that big of a discrepancy between the college students and our two put-upon heroes. Mac and Kelly are rather immature themselves, and ultimately, Neighbors pokes fun at this. These people are hiply square. Or squarely hip. However you want to size it up. And in the final few minutes, they embrace the beauty of the mundane that is normal life. Neighbors is really just a long episode of Workaholics (albeit not as smart as that show) mixed with The King of Queens. (Incidentally, the guys from Workaholics have a fun cameo appearance.)