Smile: 'Finding Vivian Maier' and 'The Other Woman' 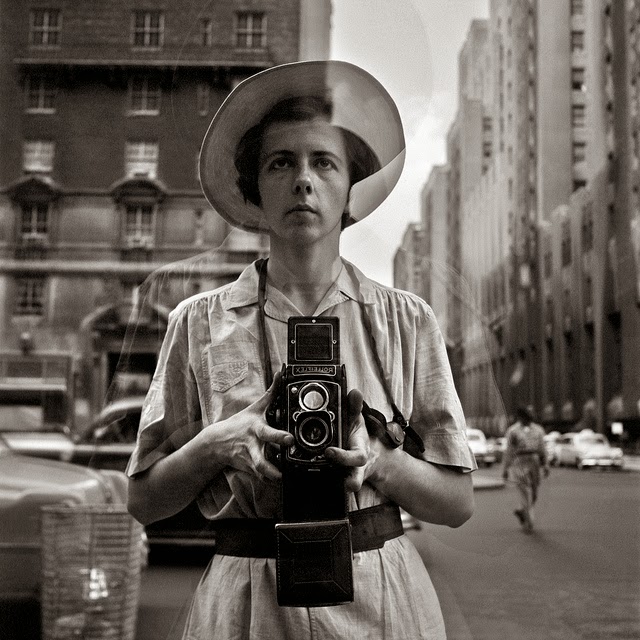 Vivian Maier, a virtually unknown street photographer from Chicago, is the subject of a new documentary entitled Finding Vivian Maier, which is directed by John Maloof and Charlie Siskel. Maloof, a historian who was working on a book about Chicago, came across some of Maier's photos in an auction about seven years ago. They were negatives, about to be discarded, and he purchased them for around 300 dollars. Maloof immediately saw in Maier's work a kind of genius, and set out to learn more about this photographer. But alas, Google had nothing to elucidate the mystery. And neither did anyone else. Maier rarely allowed any of her work to be seen. Maloof's curiosity becomes an obsession to discover why.

Finding Vivian Maier is an absorbing film that explores the mysterious compulsion to create. It doesn't have much insight into why we create, or why someone like Vivian Maier chose to create in a vacuum. The best guess the film can offer is that Vivian was an eccentric woman who hated the spotlight. Vivian Maier, we learn, worked for many years as a nanny for various families in the Chicago area. She never sought public recognition or even exhibition of her work. She just skulked around Chicago--often with her rambunctious young charges in tow--and captured thousands upon thousands of moments: subtle, provocative, powerful, tragic, comic, beautiful, fascinating.

This movie got me thinking about one of last year's documentaries, Dear Mr. Watterson. Both docs have essentially the same set-up: a young man with a compulsive need to understand his artist of choice sets out to make a documentary. Add to that the fact that both Maier and Watterson were/are obviously and deliberately secretive. They either left or completely avoided the spotlight. The difference is that Finding Vivian Maier channels the naturally fascinating story of its subject, while Dear Mr. Watterson struggled to find anything fascinating about Calvin & Hobbes. It was gushy, mindless fan worship disguised as documentary. John Maloof has the somewhat easier moral conviction of exposing a great hidden talent to the world. Many of the people that Maloof interviews remind him how much Vivian herself would have hated all the attention he's giving her. But there is something redemptive about Maloof's search. It's like she's finally getting her due.

You get the impression that she was standing in her own way, perhaps out of fear or self-doubt. Maloof's intent may be rooted in a kind of hipsterish need to adore obscurity, but he doesn't genuflect at Vivian Maier's altar. And he doesn't act as if the knowledge of her greatness were only available to him, and (lucky us), he decided to distill it to the public. Instead, Finding Vivian Maier seeks to understand the motive behind not displaying one's talent. Why would someone with such keen sensibilities keep her work hidden away in trunks, locked up in attics and storage? This is a compelling woman and a compelling story, and I recommend it highly. 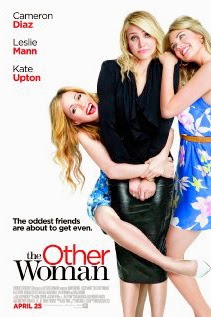 When a comedy flops, the feeling of strained boredom in the theater becomes unbearable. When a comedy nails it--and The Other Woman nails it--there's a kind of rejuvenating, happy energy among the audience. There's something joyful in the moment when a whole bunch of people are sitting in a darkened theater having an immensely good time. How can I say how much I enjoyed The Other Woman? I was in physical pain from the constant laughter. My head hurt and my ear hurt, and I felt a bit euphoric as the comic relief melted away the stress of the week.

The plot of the film is really just Nine to Five and The First Wives Club: three spurned women decide to get even with the man (Nikolaj Coster-Waldau) who treated them all like disposable washrags. In this case, the women are Leslie Mann (the wife), Cameron Diaz (the girlfriend) and Kate Upton (the other girlfriend). They're pretty much clueless about each other until Diaz unwittingly pays a visit to the boyfriend's suburban house in Connecticut.

What follows is a loony, silly, ridiculous, happy, drunk comic misadventure. Leslie Mann steals the movie. Her character has been kept in a kind of suburban housewife cage for so long that when she finds out the truth about her marriage, something in her snaps. She becomes a basket case, a hot mess, and Cameron Diaz becomes her "sister, lawyer, mother, friend, psychiatrist, and cop" (to quote Bette Davis in All About Eve).

Of course, I didn't realize how alone I was in my opinion until I started reading the reviews. (I tried very hard not to, but I failed.) I feel compelled to defend this movie because I've seen it twice and I thoroughly enjoyed it both times. Some of the criticisms are admittedly fair: the women are constantly focused on men and how to win them or get revenge on them. They end up relying on other men for help, even though Cameron Diaz's character is a lawyer and should be smart enough to come up with the big revenge plot on her own. (Especially since it involves the scumbag's duplicitous money practices.) And of course, The Other Woman is getting a lot of flack for not advancing women far enough--if at all.

But while all of these criticisms have a degree of truth in them, they don't take away the fact that the movie is funny. Really funny. Leslie Mann is a delicious brand of nutbag that feels a little bit Marx Brothers, a little bit Lucille Ball, a little bit Gilda Radner, a little bit Amy Poehler, a little bit Stepford Wives. And it's quite refreshing to see women doing physical comedy. (At various points they're like the Three Stooges.) Why do movies about women have to be political too? Why can't they just be enjoyable? Isn't even this a double standard, this requirement that "chick flicks" now advance women in society? I'm mystified that the film has gotten such bad reviews.