The Thing From Another World 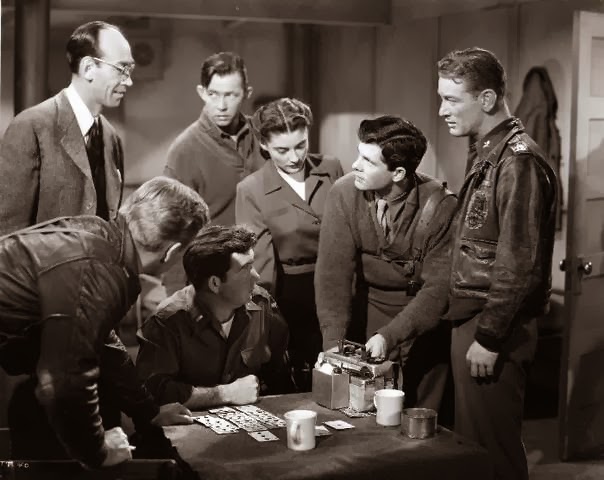 It may be asking too much to expect horror and scifi movies to be scary fifty-plus years later, so I think the real litmus test for the longevity of films in those genres is whether or not they can still show audiences a good time. (Yes, there are exceptions: some horror films from the 1930s and 40s have a striking atmosphere that remains creepy even if the movies themselves are dated.) The Thing From Another World (1951) is a prime example. It's a totally fun movie about an Arctic outfit that discovers an alien man frozen in the ice. Of course, they cut him out with axes and bring him back to their quarters so that he can thaw out and wreak havoc. The material comes from a novel called Who Goes There? by John Campbell, and it was adapted for the screen by Charles Lederer (although Ben Hecht and producer Howard Hawks apparently worked on the script as well).

The original The Thing is still a superior version of this story because it is what it is: just a fun popcorn movie that draws in enough real anxiety (the fear of monsters both at home and abroad is always in the atmosphere of this movie) and enough humor to balance that anxiety. It's probably the most compact, smart, and fun example of the alien invasion movies of its time period (alongside Invasion of the Body Snatchers). Plus, it has that wonderful Howard Hawks-ish banter between the characters. (He purportedly directed much of the film, although Christian Nyby was officially behind the directorial reins.) They're played by a remarkably game cast of B-movie actors, including Kenneth Tobey as the military captain called upon to enlist the scientists, Margaret Sheridan as the sexy, intelligent secretary, Robert Cornthwaite as the scientist who sees their discovery as a monumental moment in human history, and Douglas Spencer as the wiry, acerbic, but good-natured newspaperman who's desperate for a story.

There's something so delightful about the way The Thing doesn't try and put the screws on its audience. The actors never take themselves or the material too seriously, and the production team makes good use of that old technique of not revealing your monster too soon. Sure he looks a bit hokey now, but James Arness's tall, shambling monstrosity is strangely impressive and foreboding and even tragic, much like Frankenstein's monster. (I have to think that the make-up effects people had that character in mind when designing him.) This is a movie that just wants us to have fun. It puts me in such a good mood when movies want this. 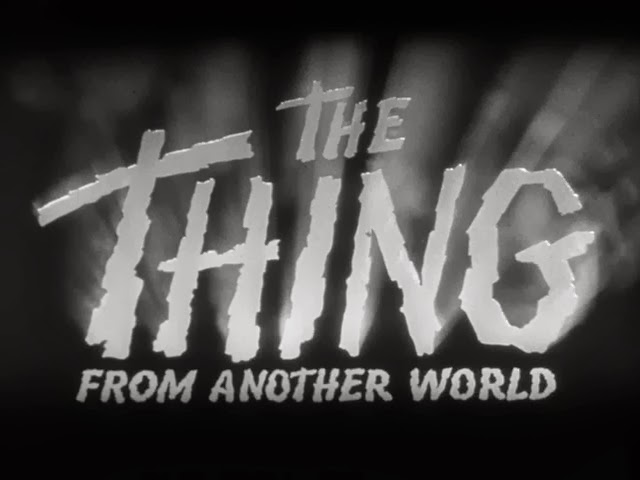 It's interesting to see how many later horror films borrowed from The Thing. George Romero certainly had it in mind when he was working out Night of the Living Dead (right down to boarding up the doors to keep the shambling zombies out of the farmhouse), and John Carpenter went so far as to have The Thing playing throughout Halloween: it's the movie the kids are watching while the knife-wielding maniac dispatches the clueless teenagers. And of course, Carpenter himself reworked the material into the overrated 1982 remake, which has so much disgusting gore and so little humor that you wonder why on earth people seem to prefer it. It's definitely more intense, and it has the always fun to watch Kurt Russell, but for me there's no besting the first one (in this case).

With James Young, Dewey Martin, Robert Nichols, and William Self.