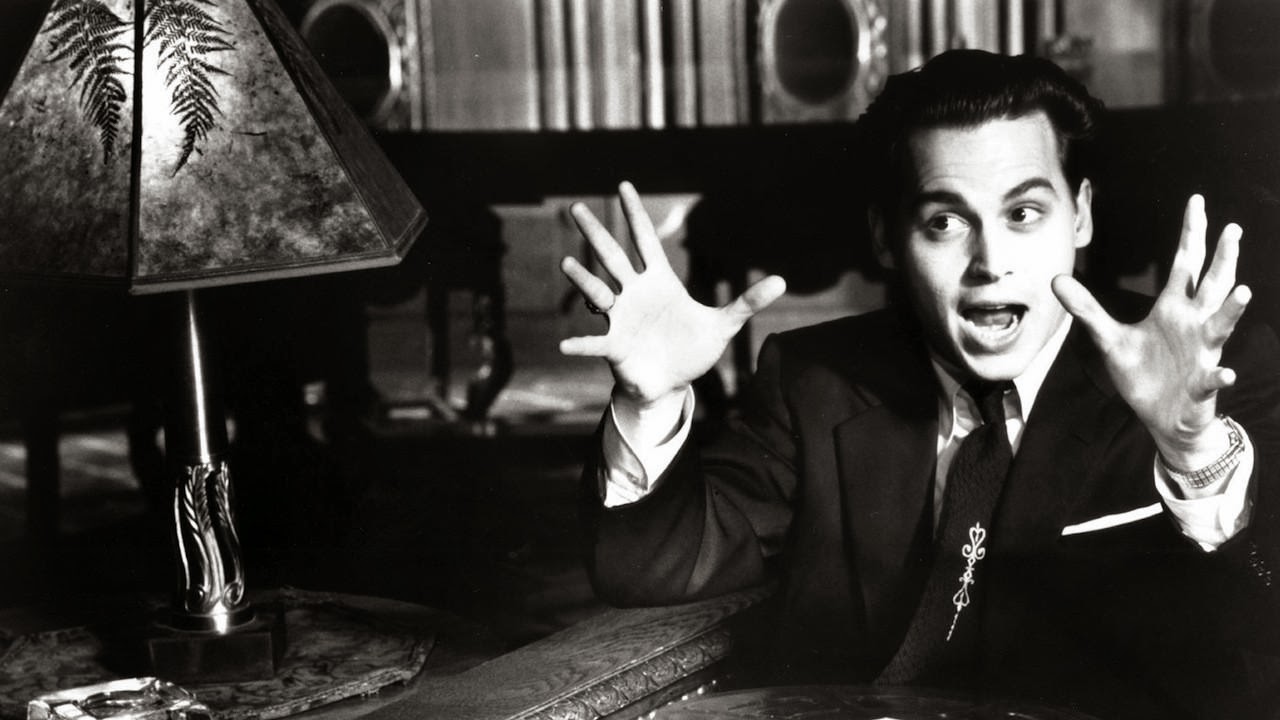 Oh dear Lord in Heaven. If you're tired of watching Johnny Depp play a wise-cracking pirate or a freaky candy factory owner or a cheeseball 18th-century vampire with lots of money or a wise-cracking freaky cheeseball something else, go back and watch Tim Burton's Ed Wood from 1994. (Also, if you feel Tim Burton has lost his touch, this movie may just perk up your mood.) Yes it's a weird movie, true to the Burton-Depp collaborations, but it's also a delightful one, a faux-morbid chronicle of the infamous career of cult filmmaker Edward D. Wood, Jr., who's infamous as the director of some of the worst movies ever made, including the transvestite trash-gem Glen or Glenda? and the outer-space-invasion spectacular Plan 9 From Outer Space.

Ed Wood is probably one of the best movies about the movie-making business. It's certainly one of the only ones that doesn't genuflect with banal reverence toward Hollywood. Instead of getting some high-minded, self-congratulatory glamor parade, we're treated to the ersatz side of the movie-making business: the world of not just deferred dreams, but squandered dreams, where a guy with too much enthusiasm and too little talent will work his heart out and still struggle to pay the lab fees for his own films. (Thus one of Wood's movies, Night of the Ghouls, sat unreleased and virtually lost to curio-aficionados for years and years.) Somehow, Tim Burton prevents Ed Wood from being a tragic figure: the movie successfully walks the line of sympathy and ridicule, never partaking in either too carelessly. It revels in his sheer, exuberant love of the medium, and I feel like it wants Ed Wood to make a successful movie, even though he never does. 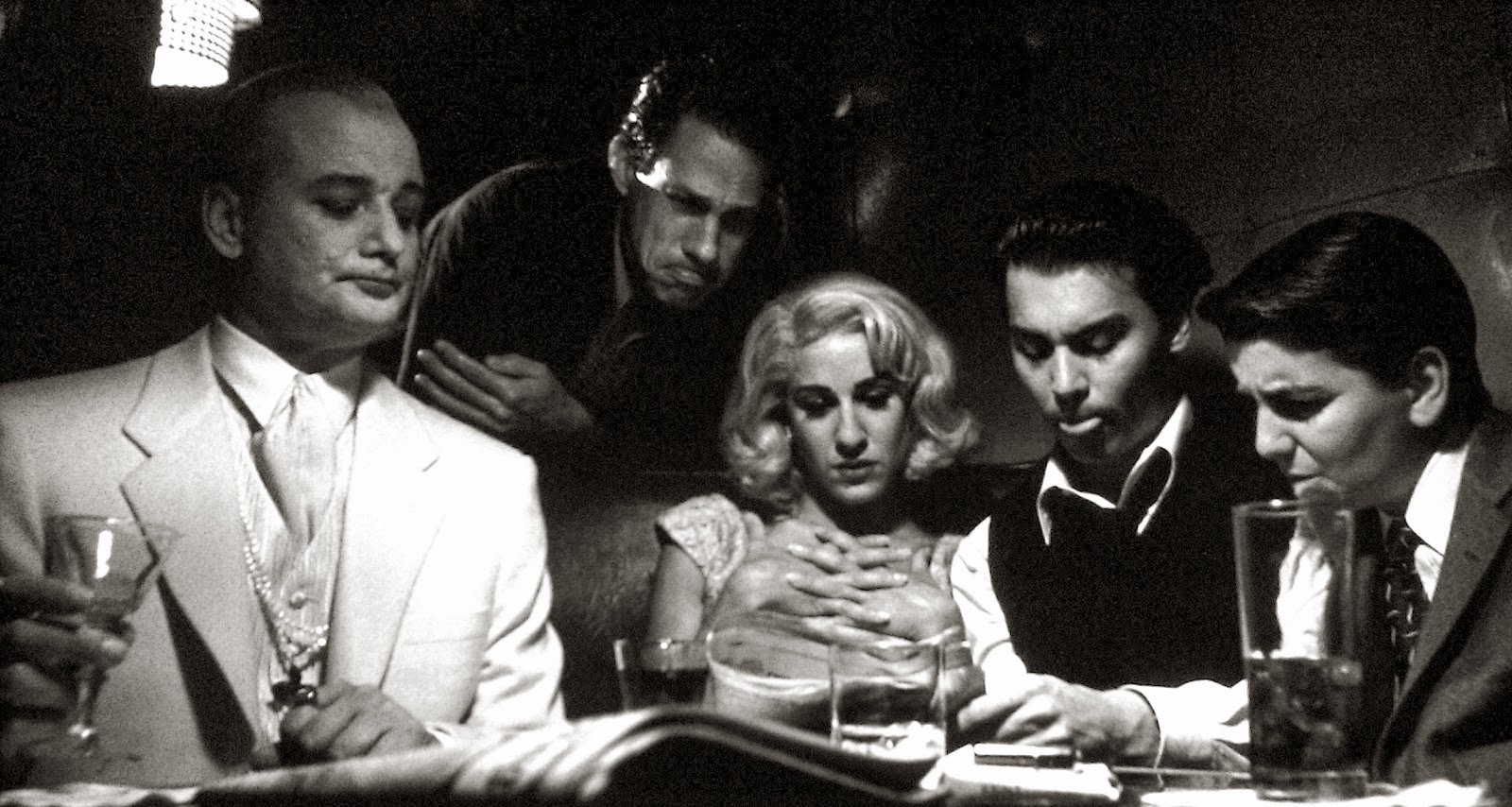 Leave it to Tim Burton to try and do justice to the man who was arguably the worst director in history. (John Waters is the only other director I'd like to see take a crack at the career of Ed Wood.) If you appreciate the deliciousness of failure, you'll find a kindred spirit in Ed Wood. Johnny Depp plays him with wide-eyed, gleeful aplomb, and taps into the intriguing inner-world of a man who loved two things: making shitty movies (although he didn't seem to think they were shitty) and wearing women's clothes, particularly argyle sweaters. (In the movie, Ed swears he isn't gay, just a really uninhibited hetero.) This has to be one of Depp's most engaging and fun performances. In so many of his more recent movies, he plays these cartoonish characters who stand in front of the camera and crack jokes. Luckily, Johnny Depp is still in great shape and can move around convincingly, or he'd really be in trouble. But if you've neglected to go back and re-visit some of his older work, I encourage you to do so. You'll see the Johnny Depp we all fell in love with: the actor who made the grotesque lovable and beautiful and funny.

Depp invests such heart into Edward D. Wood, Jr. that the movie's admittedly cynical (at times) tone is much easier to take. The movie does have a bitter side, much of it expressed through the brilliant performance of Martin Landau, as an aging Bela Lugosi. (Wood meets Lugosi by chance, and the two strike up a friendship that leads to collaborative work on several films, ultimately proving to be both the comeback and the swan song of the legendary ham.) With Bela we get a truly depressing window into the dark side of Hollywood, in which older stars have faded completely from view. Landau's performance (for which he earned an Oscar) recalls the mad pathos of Norma Desmond in Sunset Boulevard, and in fact Ed Wood lives on the same edges as Sunset: it's Hollywood in decay, black-and-white, vaguely noirish, out of money, and forgotten by audiences who have long ago moved onto the next big thing.

But ultimately Ed Wood is a loving, blissed-out tribute to sheer audacious zeal and the irony of failure. How could you not love a movie like that? The supporting cast is like a gaggle of amusing and uniquely scary figures in a wax museum or a carnival house of horrors. Ed Wood doesn't have the zany madness of Beetle Juice, but in a way, it is Tim Burton's Citizen Kane. (Orson Welles, incidentally, shows up in a chance meeting with Wood. He's played here by Vincent D'Onofrio.) With Sarah Jessica Parker, Patricia Arquette, Juliet Landau, Jeffrey Jones, G.d. Spradlin, Lisa Marie, and Bill Murray.
by Jacob Lusk @ pannedreview
Email ThisBlogThis!Share to TwitterShare to FacebookShare to Pinterest
Tags 1994, Bill Murray, G.D. Spradlin, Jeffrey Jones, Johnny Depp, Lisa Marie, Martin Landau, Patricia Arquette, Sarah Jessica Parker, Tim Burton