The Year in Review

I complained loudly this year about the dearth of good movies. But now it's time to honor those people and films that were good (even if they were merely good at being bad). So, without further ado:
My favorite films of the year, in alphabetical order: 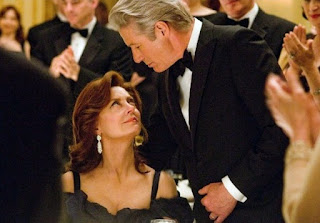 Arbitrage. Richard Gere and Susan Sarandon star in this effective capitalist thriller that depicts the heights and depths of corporate crime and the subsequent moral decay. Arbitrage doesn't cop out at the end, a refreshing feat for a relatively commercial movie. Read the review. 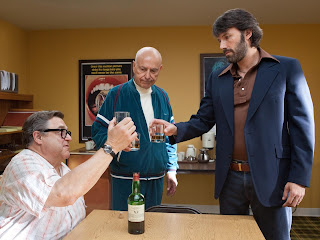 Argo. Ben Affleck takes on the Iranian hostage crisis of 1979-81, and depicts the recently declassified rescue mission by pretending to make a bad sci-fi flick. It's one of the most suspenseful movies in recent memory, even if you already know the outcome, and riddled through it is a wonderfully cheeky sense of humor. Read the review. 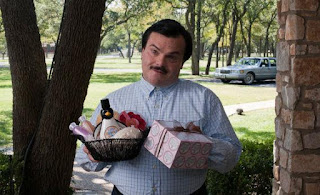 Bernie. Bernie may be my favorite movie of 2012: it's a fun dark comedy starring Jack Black as a prissy funeral director who murders a rich widow (Shirley MacLaine) and gives away all her money. Highly entertaining. Read the review. 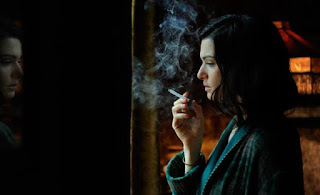 The Deep Blue Sea. Rachel Weisz gives a fine performance in this tragic, beautifully rendered study of passion and its consequences. It's set in post-WW2 London, and was originally written for the stage by Terence Ratigan. Read the review. 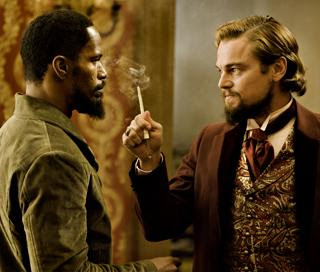 Django Unchained. Quentin Tarantino's American slave-era revenge fantasy is a violent, colorful carnival-ride through the genteel horrors of the pre-Civil War South. As fascinating and darkly funny as it is purposefully dubious, with excellent performances by Jamie Foxx, Leonardo DiCaprio, Christopher Waltz, and Samuel L. Jackson. Read the review. 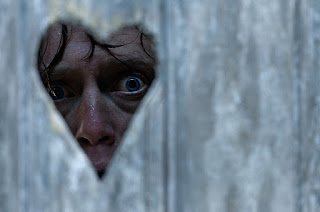 Headhunters. This taut Norwegian thriller combines the right elements of fun and fear to weave a tale of survival about an art thief who steals from the wrong collector. It's full of the surprises so often lacking in American thrillers of late. Read the review. 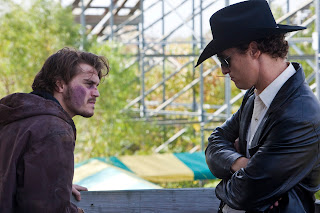 Killer Joe. Oh so disturbing, but oh so good. I'm half ashamed and half happy to include William Friedkin's Texas trailer park thriller on this list. It's too potent and seedy not to be noticed, and the performance of Matthew McConaughey (and really everyone else) feels electric, terrifying, mesmerizing. Read the review. 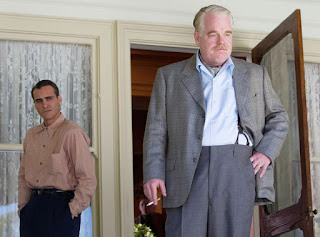 The Master. Paul Thomas Anderson's loose roman a clef for Scientology founder L. Ron Hubbard. The performances by Joaquin Phoenix and Philip Seymour Hoffman (as 'The Master') are strong, and the movie lingers in your memory, like fine wine. It may not be a great film, but it's certainly a good one. Read the review. 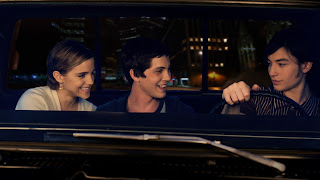 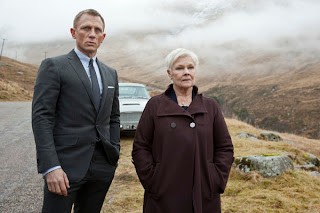 Skyfall. It may be the most elegant Bond flick, limiting itself to relatively few of the junky chase scenes, explosions and such, and bolstered by a number of interesting locations, including the final showdown on the Scottish moors. Some have complained about M's increased involvement in the story, but Judi Dench always seems like good company. And as sullen as he is, there's something undeniably fascinating about Daniel Craig as James Bond. Read the review. 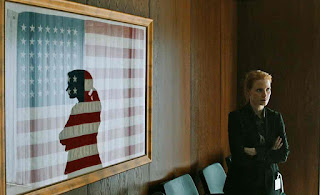 Zero Dark Thirty. A natural progression from Kathryn Bigelow and Mark Boal's collaboration on The Hurt Locker. People have complained that it takes an ambiguous stance on torture. I think it makes a case for the power of showing and not telling. And it also presents to us the awful ambiguity that is war. Read the review.

What's most distressing to me about this list is how few women are on it. This problem is not due to a lack of good actresses, but a lack of good parts for women. Sure, Sally Field was good as Mary Todd Lincoln, but her character was designed to be that clingy, complainy wife role, something that seems almost too easy for someone of Field's range. Besides, everything in Lincoln was subordinate to the showcasing of Lincoln, and the performance of Daniel Day-Lewis. Susan Sarandon might have made this list for Arbitrage, but the writer-director Nicholas Jarecki didn't give her anything to do until the end.

One of the biggest acting surprises was Logan Lerman, who made his character in Wallflower so charming, shy but but determined, and compassionate. And DiCaprio proved that his acting is far more exciting when he's playing a character role. Forget Hoover and Hughes: give us more Candie.

Worst Movies
Finally, a list that was easy to make. These films made it to this list for either failing to meet my expectations, or exceeding them far and away. Savages was such fun to heckle, Magic Mike was as boring as it was sweaty, Robert Pattinson demonstrated his A-B acting range two-fold in Breaking Dawn 2 and Cosmopolis, and President Lincoln failed to bring any vitality to the worst movie about him in 2012.