Pauline Kael: A Life in the Dark 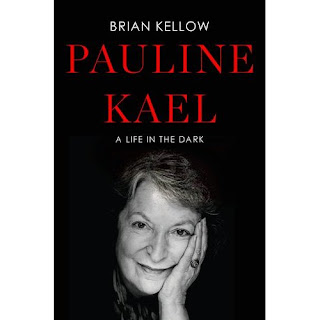 Reading Brian Kellow's biography Pauline Kael: A Life in the Dark, which came out in October, was like visiting with an old friend. Pauline Kael is far and away my favorite movie critic. Her writing, perhaps more than any other writer's, continues to be an extension of herself even after her death ten years ago. Pauline's prose flickers with a ferocious, unstoppable tenacity played out in her love affair with the movies. She got people talking about the movies with passion and purpose, and indeed she became a star, a diva, an idol, in the world of movie criticism. And indeed, it's difficult to imagine anyone familiar with Pauline's work feeling indifferent toward her. You either love her or loathe her.

Kellow chronicles Pauline's life as the daughter of Jewish immigrants: growing up on a chicken farm in Petaluma, California, studying philosophy and English lit at Berkeley, being part of the creative renaissance in San Francisco in the 1940s, running a popular retrospective theater, hosting a radio show, about movies, for KPFA in the 50s, and eventually, writing legendary criticism for The New Yorker from 1968 to 1991. Always, Kellow layers in a rich sense of what movies were shaping popular culture--and Pauline--during each period of her life. For lovers of movies, this book is consistently fascinating and challenging. The movies themselves are always at the forefront of the book. In a way, this is a biography of movies just as much as it is a biography of one of the movies' greatest champions.

Kellow makes a fairly solid effort not to mythologize Pauline too much. He covers her life and her temperament honestly, portraying her as a woman who could be immensely giving and supportive of others in the creative and writing worlds, but also a woman with a sharp stinger. She valued telling the truth about movies to the point that it often hurt people's feelings, ended friendships. On the other hand, she helped save movies, jumpstart careers, and encourage young writers.

Pauline was a critic known for her towering expectations, her often brutal honesty, her masterful intelligence, and her sharp sense of humor (not to mention her marvelous ability to turn a phrase). She turned movie criticism into something you wanted to do not because you failed to get a novel published, but because you wanted first and foremost to be a movie critic, to engage the conversation, to throw in your own flashes of light and electricity, hopeful that it could generate a little heat, if only for a fleeting moment.

Check out a fantastic 1982 interview with Pauline (in 4 parts) courtesy of the National Screen Institute of Canada.
by Jacob Lusk @ pannedreview
Email ThisBlogThis!Share to TwitterShare to FacebookShare to Pinterest
Tags Pauline Kael