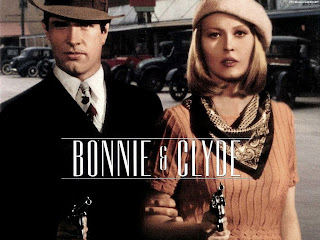 Bonnie and Clyde (1967) marked a turning point in American movies, ushering in a decade-long proliferation of sophisticated, grown-up, realistic Hollywood films that culminated in The Godfather (1972). Many people were put off by the movie's humanizing portrayal of the infamous partners in crime, played by Warren Beatty and Faye Dunaway. But Bonnie and Clyde was not about glorifying the crimes of two Texas youths with an insane sense of immortality coursing through their veins. Their brutally depicted death scene may lionize them a bit, but it also demonstrates the brutality of the time period, the 1930s, in which the movie is set, as well as the brutality of the time period in which it was made. Like a handful of other movies from the 1960s (notably, The Graduate, Cool Hand Luke, The Wild Bunch, and Easy Rider), Bonnie and Clyde is an essential remnant of that turbulent time period. It's about the corruption of youth and beauty by materialism and by the system in which we live. As a film, Bonnie and Clyde has a remarkable energy to it, even forty-five years later. It sizzles with life, and Faye Dunaway's performance is a big part of the movie's appeal.