Foxy Brown (1974) was part of the blaxploitation genre, a movement that was always morally ambiguous. The genre glorifies revenge, but it also portrays strong, fearless black role models who aren't addicted to drugs. One of the few redeeming qualities of this genre is that it exhibited the destruction the drug culture heaped on black families (not to mention the patronizing, dehumanizing treatment by white figureheads).

As a piece of narrative, Foxy Brown is surprisingly dull. It's full of badly staged fight scenes that elicit tepid laughter if anything. Even the motivations of the characters seem watered down, because the actors don't appear to believe any of the lines they're saying. The director is Jack Hill, who obviously slapped this movie together as quickly as possible to turn a buck. It lacks the storytelling power that made Pam Grier such a force to be reckoned with in Jackie Brown, which, more than 20 years after she acquired a sort of cult status for her revenge pictures, elicited more fire and power from her than just about anything she'd done before that.

Grier is undeniably beautiful and strong, and an appealing lead. But the director would rather show off her body than her bravery most of the time, and because the fight scenes are poorly done, you never really believe she's as tough as she's supposed to be. She bungles things, and seems too single-minded to be a truly remarkable heroine. And the violence is so inhuman--on both sides--that it's hard to root for anyone. It's sordid and sleazy, and it brings us all down without even the satisfaction of having a good time.

The villain is played without much finesse by Kathryn Loder, and her sleazy accomplice is played by Peter Brown. She screams at the end, "Go ahead! Shoot! I don't wanna live anymore!" Foxy replies, "Death is too easy for you, bitch. I want you to suffer." Hilariously bad dialogue permeates the movie. And these strong words are delivered with precious little conviction from a woman who has suffered, presumably a lot. And yet, she never shows it. She loses the love of her life (Terry Carter) and her two-timing brother (Antonio Fargas), and doesn't seem to feel anything. The movie confuses coldness with strength. Or perhaps she's taken it on the chin so much she bottles up her emotions. Maybe it's her only option. If the movie were made with any feeling or care or cleverness, perhaps that might have gotten through. All that is there onscreen is dumb, thoughtless revenge. 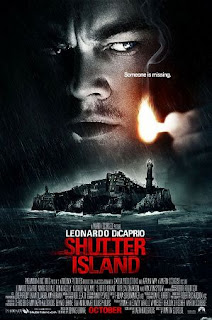