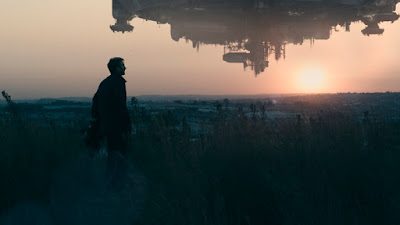 Perhaps it was the mind-numbingly awful selection of summer movies--particularly in the blockbuster-thriller category--that afforded District 9 such positive reviews. I found myself rather disinterested in it. The opening thirty minutes, playing a bit like a mockumentary, were a peculiar blend of cleverness and bad exposition, which you often get in the science fiction genre. The following hour and a half was predictable enough in its depiction of aliens being exploited by mankind followed by one man's grotesque journey to enlightenment. I'll avoid giving too much away, as I went into the film with no real knowledge of the plot (but rather high expectations, given the many favorable remarks the film has accumulated). I'll have to join in with the admittedly small band of nay-sayers on this one.